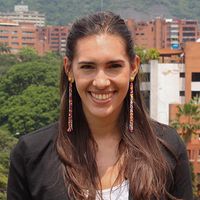 Without authorization or license from the Office of Foreign Assets Control (OFAC) of the US Department of Treasury, US persons are prohibited from engaging in transactions with the Government of Venezuela, or persons in which the Government of Venezuela owns, directly or indirectly. On the same date as the Executive Order publication, the OFAC amended various preexisting general licenses and issued 13 new general licenses, including General License 27, which authorizes transactions in connection with the protection of intellectual property rights in the US or Venezuela.

Expressly permitted are the filing, prosecution and maintenance of any patent, trademark, copyright, or other form of intellectual property protection in Venezuela, as well as the filing and prosecution of opposition or infringement proceedings with respect to an IP right, or the entry of a defense in such proceedings.

This new General License, authorizes US persons to pay fees to the Government of Venezuela, and to pay reasonable and customary fees and charges to attorneys and representatives within the US or Venezuela in connection with intellectual property transactions.