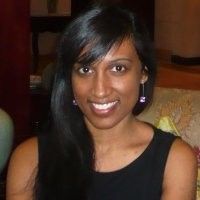 In Singapore, it is illegal to sell and supply products which contain undeclared potent medicinal ingredients. Anyone found contravening the said requirement is liable to prosecution and if convicted, may be imprisoned for up to 3 years and/ or face a fine of up to $100,000. Despite the deterrent mechanism which is in place, the Health Sciences Authority (‘HSA') recently came across the following gross violations:

An infant reportedly developed Cushing’s syndrome following the use of the said product, which when tested was found to contain betamethasone valerate (a potent steroid) and clotrimazole (an antifungal medicine).

A consumer purchased ‘D’Splendid Kidzema Cream’ which was labelled to relieve skin rashes and eczema (amongst others) for babies and children up to 14 years old, for her child’s eczema. She observed that the eczema cleared up after only two applications, but worsened three days after she stopped using the cream. HSA tested the product and found that it contains ciprofloxacin (an antibiotic) and terbinafine (an antifungal medicine). Creams containing terbinafine are not recommended for use in children under the age of 12, while ciprofloxacin is a prescription-only medicine that should only be used under medical supervision only.

‘CLAĺR DE LUNE P. Tuberose Day Cream’ and ‘CLAĺR DE LUNE S. Involcurata Night Cream’, marketed as cosmetic products with claims that the products can ‘reduce acne and eczema’ and ‘stimulate metabolism of skin’, were sold on various e-commerce and social media platforms. A consumer who used the products reported that her eczema flared when she stopped using them. Upon testing by HSA, the creams were found to contain multiple potent ingredients including a steroid (in the day cream), an antihistamine (in the night cream), antibiotics, and antifungal medicines in both. Use of creams with these potent ingredients can lead to serious adverse effects. The products also carried false and misleading claims of ‘all natural plant-based ingredients’ and ‘zero chemical’.

As a first step, HSA proceeded to issue a press release warning consumers to refrain from purchasing the products, in addition to directing the concerned entities to refrain from selling the said products. More action is likely to follow against the said entities selling the said products. These pro-active steps by HSA should serve as a fair warning to other players in the industry to ensure that they comply with all the applicable laws, rules and regulations, in letter and in spirit.