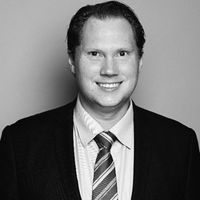 In January 2019, the Swedish Consumer Ombudsman filed a lawsuit against one of the biggest Swedish female influencers “Kenza”. Kenza operates her influencer channels through several social media platforms such as blog, YouTube, Facebook and Instagram.

Back in 2017, Kenza was, along with several other influencers, invited to Zanzibar by an eyewear brand that sells glasses. The trip was an influencer marketing collaboration where Kenza agreed to upload a specified amount of social media post where the influencer would wear and market the company’s glasses.

According to the Swedish Marketing Practices Act (“MPA”), any commercial message that constitutes marketing must be clearly marked as marketing in order to make the recipient aware of the message commercial content.

After the Zanzibar trip, Kenza posted several posts through her blog, Instagram, Facebook and YouTube account where the influencer was either wearing or showing the glasses, but the posts was never was marked as marketing. Later on, additional posts weres uploaded thought her social media channels, which was properly marked as sponsored posts in collaboration with the specific company.

The Swedish Consumer Ombudsman claimed that the initial posts were not marked in a manner that made it clearly identifiable for the reader as commercial marketing and thus breached the MPA. In Kenza’s defense, she claimed that the social media posts were uploaded outside the scope of the collaboration with the brand, and that the sole reason for uploading the posts with the glasses was that she really liked them.

It is quite common that influencers receives gifts from companies within the scope of a collaboration which appears in posts that is not a part of the paid collaboration. Hence, the case may give some guidance on the boundaries for commercial relationships between influencers and brand and the freedom of expression of influencers (in their capacity as private individuals).