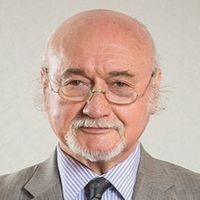 It is commonly agreed around the world that the major disadvantage and problem of the emergence of low cost production of single-use disposal plastic containers has placed, continues to place and will continue to place a huge burden on the environment.  This is of course distinguished from resource depletion and post-consumption disposal with a major concern about plastic waste causing damage to the eco system even progressing into and gathering in the oceans of the world and even posing a threat to human health.

Clearly the rejection of plastic use in general is a non-starter but an educated programme to encourage public use of single-use disposal plastic products in a mature and conservational way is an increasing priority for the community.

Various stakeholders worldwide are moving fast in this direction and Hong Kong is not an exception where billions of single-use plastic beverage containers are consumed every year in a quantity found by the Secretary for the Environment to amount to more than 200 bottles per person per year.

The majority of these are disposed in land fields which are of course filling up but many others are dumped as litter in country parks, rivers, seas etc.  In fact most plastic beverage containers are made of materials which are biodegradable and if properly separated can be collected, treated and recycled into useful resources with much reduced environmental impact.

The Government of Hong Kong has released the “Waste Reduction · Resources Circulation · Zero Landfill”.  This Blueprint sets out the strategies, goals and measures to tackle the challenge of waste management up to 2,035 and to promote circular economy and sustainable green living environment.  One of the major measures set out in the Blueprint is a proposal to introduce a producer responsibilities scheme on beverage containers.  This will require all relevant stakeholders, including beverage manufacturers, importers, retailers and the public to share the responsibility for the collection, treatment, recycling and proper disposal of end-of-life products to avoid and minimize the environmental impacts caused by them and thereby to enhance both the quality and quantity of the recovered materials in a more effective way.  Accordingly, the Environment Department has issued a Consultation Paper setting out the full details of the waste reduction measure proposals and has caused for public consultation response.

Clearly this will be a major consideration for the community both now and in the future and it is to be hoped that a responsible, educated and fruitful attitude can be developed and sustained in the community for all these excellent reasons.