The Federal Trade Commission just released its first staff closing letters on U.S.-origin claims since the agency adopted its new Made in USA Labeling Rule in July.

In light of the fact that the FTC has been saying that it plans to more aggressively seek penalties from advertisers that violate the law, after several months of not seeing any "made in USA" staff closing letters, it was unclear whether the FTC planned to continue its long-standing practice of resolving most of its "made in USA" investigations informally.  While it is too soon to tell what the FTC has planned for the future, it does appear that, at least for now, the agency has resumed its prior practice of using staff closing letters to address many of its "made in USA" concerns.

Before getting into the details of each closing letter that was published in the last week, here are a few key takeaways.

Although the FTC didn't seek penalties from the advertisers who were the subject of these closing letters, the FTC did warn the marketers that the FTC has adopted its new "Made in USA Labeling Rule" and that the FTC may seek civil penalties of up to $43,792 per violation of the rule.  While these specific cases may have been resolved informally, in the months, you should also expect to see the FTC bring cases which involve consent orders and the payment of substantial civil penalties.

As it has in the past, the FTC expressed concerns about marketers making broad "made in USA" claims, when only certain of the company's products were, in fact, made here.  The FTC explained, "Unqualified U.S.-origin claims in general marketing materials, including social media posts, likely suggest to consumers that all products advertised are made in the United States."

Some of the letters also appeared to suggest that, if a company expresses pride about its U.S. operations, that may also falsely communicate that the company's products are made in the United States.

Finally, the FTC emphasized that, when making qualified U.S.-origin claims, it's important that qualification be clear and conspicuous.  The FTC explained, "Clarity of language, prominence of type size and style, proximity to the claim being qualified, and an absence of contrary claims that could undercut the effectiveness of the qualification will maximize the likelihood that the qualifications and disclosures are appropriately clear and prominent."

And, here's a bit more detail about each of the closing letters.

The FTC also questioned whether Netbrands was in compliance with the Textile Products Identification Act and its implementing rules, which require marketers to disclose product origin information in mail order and online advertising.

Although the FTC decided not to take formal action against the company, the FTC noted that Netbrands implemented a remedial action plan, which included updating its advertising materials, tightening its operations to mitigate human error, and offering more robust internal training.

The FTC's investigation into Electric Mirror's advertising looked into whether the company overstated the extent to which certain of the company's LED mirrors and accessories are made in the United States.  Specifically, the FTC expressed the concern that while Electric Mirror employs workers and performs manufacturing operations in the United States, its products also incorporate significant imported components.  In its closing letter, the FTC said that while, "it is appropriate for Electric Mirror to promote the fact that it employs workers and performers certain functions in the United States, and to state that the Company takes price in its U.S. operations," the company's marketing materials should not convey that the products are made here, unless the company can substantiate that.

Electric Mirror also took remedial action as part of the resolution of the investigation, which included updating its marketing materials, implementing new company processes to ensure that U.S. origin claims are made only after appropriate management review and approval, and addressing issues with respect to claims made by its dealers.

In its closing letter to Vinotemp International, the FTC expressed concerns that the company's marketing materials were not sufficiently clear that only some of the company's wine cooling and storage products were assembled in the United States. The FTC explained, "Although Vintotemp assembles certain products in the United States, it also sells a line of wholly imported products."

The FTC said that although its appropriate for Vinotemp "to promote the fact that it employs workers, performs certain functions, and sells a line of products that are assembled in the United States," it should not falsely convey that the products were "made" here.

As part of the resolution of the investigation, Vinotemp updated its marketing materials, required its dealers to update materials as well, and trained its staff.

In its closing letter, the FTC provided specific guidance on making other types of specific U.S.-origin claims, such as when a product was "designed" here.  The FTC said that, "a marketer may make a claim that a particular manufacturing or other process was performed in the United States, or that a particular part was manufactured in the United States, provided that the claim is truthful and substantiated and that reasonable consumers would understand the claim to refer to a specific process or part and not to the general manufacture of the product."  The FTC explained that a marketer could make a "designed in the United States" claim, so long as the claim doesn't imply that the product was made here and so long as the marketer does not omit or obscure any required foreign-origin labeling.

Finally, the FTC expressed concerns that, in its marketing materials, Attic Breeze may have overstated the extent to which certain of its solar-powered fans were made in the United States. In its closing letter, the FTC explained, "while the Company employs workers and assembles fans in the United States, the fans incorporate significant imported components."

In order to avoid deceiving consumers, Attic Breeze implemented a remedial action plan which included stickering over outdated claims on packaging, updating other packaging, updating marketing materials, and communicating these changes to distributors.

"Unqualified U.S.-origin claims in general marketing materials, including social media posts, likely suggest to consumers that all products advertised are made in the United States" 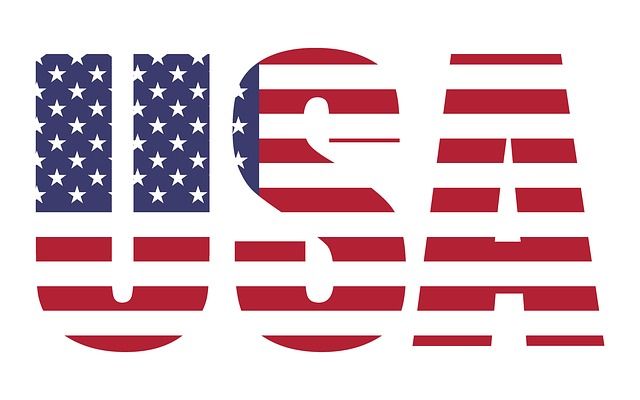 Does "Maximum Strength" Mean That You Get More Active Ingredients?
Jeff Greenbaum