An Instagram Story by Tara Maynard, seen on 3 July 2022, featured the text:

“Hairburst BOGOF sale code is TARAMAYS 10 for an extra 10% off. Lookfantastic code is TARAMAYS for 20% off most items. Elemis code is TARAM25 off full sized products site wide. RODIAL TARA15 (they have 25% off pads this wkend! [sic] Grab the vitc!)”

The ASA investigated whether this was obviously a commercial/marketing communication, because even though it referred to codes, discounts, 'BOGOF', sale, etc, it was missing the magic two-letter word... ad.

And what's more, they considered it WASN'T obvious to viewers, so they concluded it did breach the CAP Code!

I know we are all fatigued by these rulings that demonise influencers who fail to use disclosures, but I really think the ASA has lost its marbles when it declares that consumers can't tell that this kind of post is commercial in nature, and that adding 'ad' is the silver bullet.

Keep in mind (because the regulators often seem to forget), that the average consumer is defined in the law as someone who is "reasonably well informed, observant and circumspect" NOT "a moron in a hurry".

One person, yes ONE person, challenged whether the ad was obviously identifiable as a marketing communication.

I have no idea what this person thought it was, or if they were so gullible as to believe it was an organic post why they bothered to contact the ASA about it... but there you go.

Ms Maynard apologised for not using the label "ad" - which was probably her first mistake!

She said that it should have been labelled because she worked with all of the advertisers featured in the ad as part of contracted ongoing retainers. She added that she normally made clear that those types of post were marketing communications.

Ms Maynard provided examples of previous Instagram Stories for each of the listed advertisers; three of which included the text “brand partner” and one for LookFantastic, which was labelled “ad”.

The various brands raised various arguments either in defence of Ms Maynard or, in some cases, to distance themselves from the failure to use #ad... (you can skip these bullet points if you like):

I'm afraid I think they were all barking up the wrong tree... again, the key point is that it seemed blindingly obvious that this post was commercial in nature (what the ASA likes to call an 'advert'), so it could be argued very strongly that 'ad' wasn't needed.

Nevertheless, the ASA has shown a completely entrenched view that adding 'ad' is the silver bullet, and without that label, consumers must think that posts like this are completely organic and the influencer and brands have never met one another and don't benefit financially in any way from this kind of post...

As I've mentioned, the ASA UPHELD the single complaint. Let's examine the rationale:

The CAP Code states that marketing communications must be obviously identifiable as such and that they must make clear their commercial intent, if that was not obvious from the context.

I repeat, "The CAP Code states that marketing communications must be obviously identifiable as such and that they must make clear their commercial intent, if that was not obvious from the context."

The rule does not require 'ad' to be used, simply that viewers should be able to distinguish a post with commercial intent from an organic post.

The ASA understood that there had been individual financial agreements in place between Ms Maynard and the four brands referred to in the ad: Rodial, LookFantastic, Hairburst and Elemis, but they acknowledged that "the post did not form part of any of the contractual agreements that Ms Maynard held with Rodial, LookFantastic, Hairburst or Elemis."

Both LookFantastic and Elemis provided the with a copy of their contracts detailing their commercial relationship with Ms Maynard. Under those agreements, Ms Maynard was contracted to develop a number of Instagram Stories which were required to contain her unique discount codes “TARAMAYS” and “TARAM25”. The ASA also noted that the post had been posted during the contractual periods for both of the agreements.

The ASA did not see a copy of Ms Maynard’s contract with Rodial or Hairburst. They noted the discount codes “TARA15” and “TARAMAYS10” were unique to Ms Maynard and appeared regularly in other posts relating to those advertisers’ products made by Ms Maynard. Also, Ms Maynard had an ongoing contractual relationship with both advertisers. The ASA noted from Rodial’s response that previous social media content by Ms Maynard had been labelled using the term “Brand Partner”, however, they did not consider that would have been sufficient.

Whilst the ASA understood that the post under investigation was not paid for individually, they noted that it featured the same promotional codes as were stipulated in the agreements to promote LookFantastic and Elemis. The ASA noted Ms Maynard’s ongoing relationships with Rodial and Hairburst, and that Rodial had confirmed that the “TARA15” code had recently been shared with Ms Maynard.

The ASA considered the codes from Rodial and Hairburst likely existed as part of a commercial arrangement. And even though Ms Maynard had not received commission for any sales generated through the use of the featured promotional codes, because they were linked to her commercial agreements, the ASA concluded that the post was an ad for the purposes of the Code. They believed that the promotional codes were included to encourage consumers to buy products from Rodial, LookFantastic, Hairburst and Elemis, and therefore the commercial nature of the content should have been made clear prior to consumers using the code... but in the absence of the short word 'ad', the nature of the post wasn't sufficiently clear.

The argument that this wasn't commercial in nature was obviously a weak one... but the more important point is, "so what", as long as it's obvious that it is 'commercial' in nature.

The ASA conceded that the inclusion of the discount codes "might suggest that Ms Maynard was undertaking promotional activity on behalf of the listed advertisers, but [the ASA] considered that of itself was insufficient to make clear to consumers the nature of the relationship between the parties."

Presumably the average consumer would think she was promoting those brands out of the kindness of her heart, despite clearly publicising personalised discount codes that referenced her name.........

In the ASA's assessment of the ad, they considered there was nothing in its content, such as “ad” placed upfront, that made clear to those viewing it that it was an ad.

The ASA therefore concluded that the post was not obviously identifiable as a marketing communication and as such breached the Code and it must not appear again in its current form.

I am genuinely at a loss as to how the ASA can say the average consumer would not understand the nature of the relationship between the influencer and the brands here, despite explicitly including personalised discount codes and references. Perhaps the ASA has some secret definition of 'advert' that it has failed to communicate with the rest of the world.

Nor do I understand how adding 'ad' magically transforms this into something the average consumer will immediately understand - as though the fog around this post would immediately lift!

Even the ASA's own (admittedly limited) research into this issue doesn't support its position that 'ad' clears it all up for consumers.

So, I will keep banging the same old drum: the ASA is getting so many of these decisions wrong!

But until they see sense, save your money on legal advice, stick 'ad' on every post and you'll be fine... argh!!

You can find the ruling here: Tara Maynard - ASA | CAP 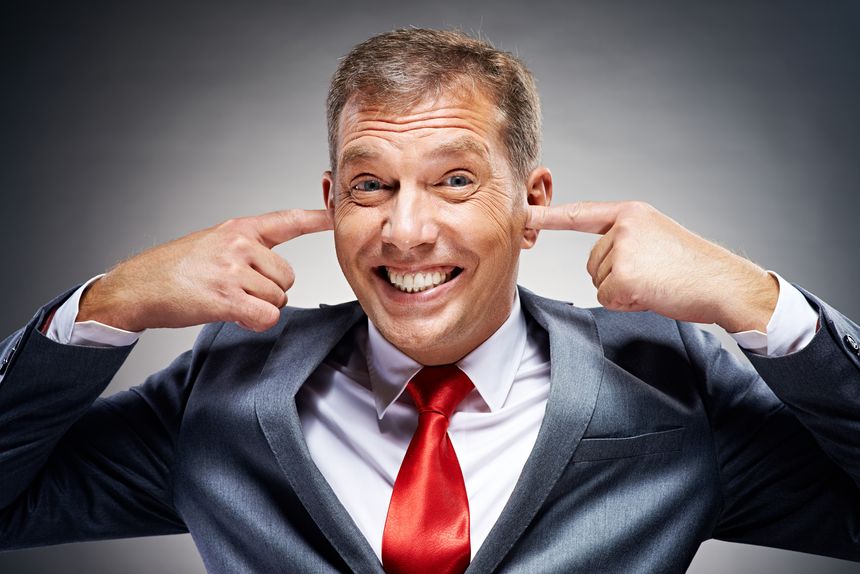 What are the key developments in advertising regulation to look out for in 2023?
Brinsley Dresden, Jo Farmer, Geraint Lloyd-Taylor, Bryony Long