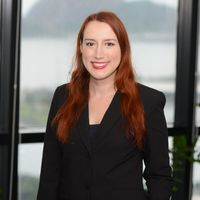 On April 14, 2020, the National Council for Self-Regulatory Advertising (CONAR) filed an ethical complaint against advertising of alcoholic beverages made by singer Gusttavo Lima in his live concert "Buteco em Casa". Aired on social networks and sponsored by Ambev, the live concert was watched by 10 million people and broke the record for simultaneous access with 720 thousand people connected. The previous record belonged to Beyoncé for the live broadcast of her show at Coachella in 2018 and such record was broken again a few days later by the live of the duo Jorge & Matheus with more than three million simultaneous hits.

The representation was motivated by complaints received from dozens of consumers and is based on the regulation provided in the CONAR Code for advertising alcoholic beverages that was not followed by the singer. Among the infractions mentioned by the complaints, there are the lack of mechanisms to restrict access of minors to the content of the live concerts and the fact that the singer drinks beer repeatedly throughout the transmission, which would be a potential incentive to irresponsible consumption of product.

In a notice, CONAR highlighted the format as “an innovative advertising communication due to the moment experienced by the country” during the fight against the Covid 19 pandemic. However, it also recalled that the format must conform to the fundamental principles of commercial communication. After the filing of the complaint, Ambev and Gusttavo Lima have a statutory deadline to send a defense to the Ethics Council or, if they prefer, immediately adapt the advertising content of live to the ethical rules before the decision of the Council.

When contacted by journalists, Ambev acknowledged that in some live concerts the recommendations were not followed, but stated it was reinforcing all standards with sponsored artists. Gusttavo Lima, in the meantime, used his social networks to call out CONAR's attitude a "censorship" and said he will not do other live concerts.

The IP Systems in the Americas During the COVID-19
Luiz Leao, Valdir Rocha
Recent posts from GALA