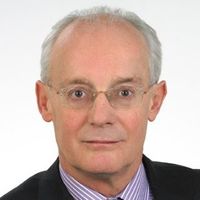 On 15 October 2020 the European Advertising Standards Association (“EASA”) announced that Google became first of the world’s Big Tech corporations to become a member of it.

Google’s Europe HQ, like many other Big Techs and FAANGS (such as Facebook, Amazon, Apple, Netflix, and eBay, PayPal, Yahoo, Microsoft, Intel ...it goes on!) is, yes, in popular Ireland. A member of the EU since 1973, Ireland has a stable economy, is English-speaking and, like the USA, has a common law system based on its (1937) written Constitution (the oldest in Europe). Its corporation tax rate is 12.5%, the lowest in the EU. Its self-regulatory Code of good advertising standards is governed by the Advertising Standards Authority of Ireland (“ASAI”), also an EASA member. Much of the EU public law regulation of the Big Tech corporations whose base is in Ireland is the responsibility of Ireland’s under-resourced and over-worked Data Protection Commissioner. Ireland, where most of them have their principal seat of administration, is being labelled as the bottleneck of all data protection (“GDPR”) investigations of tech giants’ operations across the EU. Industry prefers self-regulation.

“The European Advertising Standards Alliance (EASA) is the single authoritative voice on advertising self-regulation issues in Europe. EASA brings together 28 self-regulatory organisations in 26 European countries and 13 advertising industry organisations representing advertisers, agencies and media: print, outdoor, TV, radio, direct mail and the interactive digital industry. EASA helps to make sure that ads are legal, decent, honest, truthful, prepared with a sense of social responsibility and created with due respect to the rules of fair competition. The well-enforced ad standards are established by EASA. These ensure that ad self-regulation is better regulation. “

Other explanatory comments in its release worth noting include:

“Now that over 50% of global ad spend is online, it’s essential to the future credibility and performance of ad standards that the big digital platforms are part of the advertising self-regulatory system. Google joining the European Advertising Standards Alliance represents a historic move, one that brands welcome wholeheartedly. We hope that this EASA deal might lead to more dialogue and potential future cooperation between Google and other SROs globally,” said Stephan Loerke, CEO of the World Federation of Advertisers (WFA) and Vice-Chairman of EASA.

“We are delighted to welcome Google to the EASA network. The partnership will strengthen Google’s collaboration with EASA’s self-regulatory organisations, through which national ad industries commit to protect consumers from misleading or otherwise inappropriate ads. Additionally, the partnership will help ensure EASA’s network is stronger in rapidly changing times, including by tackling irresponsible advertising through the use of technology,” said EASA Digital Working Group members Charo Fernando Magarzo, Deputy General Director of AUTOCONTROL (Spain), Otto van der Harst, Director of Stichting Reclame Code (Netherlands), Guy Parker, Chief Executive of the Advertising Standards Authority (UK) and Orla Twomey, Chief Executive of the Advertising Standards Authority for Ireland, in a joint statement.

It is easy to predict that we won’t have to wait a lot longer before most of the other global Big Tech companies, who have or will soon have their admin base and often their Data Centres in Ireland, will be joining EASA too. In line with the highly regarded credence of “location, location, location”, Ireland too expects rising numbers of them to establish here (especially since the UK’s withdrawal from EU membership and the complexities of Brexit) on the friendly Emerald Isle with its well-oiled gateway to the market place.

Is Inbox Advertising via Unsolicited Email Illegal Under the Laws of the EU and Therefore Illegal in the 27 Member State Countries of the EU?
Duncan Grehan