The "Real Housewives" franchise is one of my guilty pleasures. Why do I devote so much time to a bunch of exhibitionists who are thirsty enough to invite cameras into their homes and subject themselves (and their families) to the scrutiny of an often unforgiving public? One reason (among many): I love watching cast members attempt to forge on-camera characters for themselves, hybrids of the person they actually are and person they aspire to be. Some are better at this alchemy than others. But nobody - not even the housewives who moonlight as professional actors (see, e.g., Lisa Rinna, Denise Richards, and Kyle Richards) - can consistently stay in character while cameras are rolling. (I doubt Meryl Streep could do it.) Eventually, attempts to control the narrative fail, and something real seeps into view. Which is when it gets interesting.

I have mentioned in passing that the recently-concluded third season of The Real Housewives of Salt Lake City was ... well … it was bonkers. Cast member Jen Shah was indicted (at the end of Season 2) in the SDNY on charges of conspiracy to commit wire fraud and money laundering arising from (in the words of the indictment) “a wide ranging telemarketing scheme that defrauded hundreds … by selling the victims so-called ‘business services.’” Remarkably (and presumably against the advice of counsel), Shah returned for Season 3, and her trial prep became a major storyline. However, a few months before the season debuted, Shah pleaded guilty, which made her attempts to portray herself as an innocent victim over the course of the season (which was filmed before, but aired after, her plea deal) a little hard to watch, but impossible to look away from. Serious dramatic irony. (Shah was sentenced earlier this month to six and one-half years.)

According to the indictment, Shah (among other things) generated and sold to her co-conspirators leads - i.e., contact information for people that would become targets of the fraud. Shah's legal predicament came to mind as I read a recent SDNY opinion that addressed the common practice of magazine publishers' selling their subscription lists to third parties (which, I should add, is nothing like the fraud that Shah was alleged to have committed).

The plaintiffs in the SDNY case subscribe to various Hearst publications, including Car and Driver, Cosmopolitan and Seventeen. They sued Hearst alleging that the media company's sale, without their consent, of mailing lists with their names and addresses violated their statutory right of publicity ("ROP") under the laws of eight states (Alabama, California, Hawaii, Indiana, Nevada, Ohio, South Dakota, and Washington) and Puerto Rico. The plaintiff sought statutory damages, injunctive relief, and punitive damages on behalf of themselves and classes of similarly situated subscribers.

Hearst moved to dismiss under Rule 12(b)(6) for failure to state a claim. Last month, District Judge Ronnie Abrams granted Hearst's motion, finding that Hearst's sale of mailing lists fell outside the scope of the ROP statutes in each of the nine jurisdictions.

While there are some differences in the specific language used in each statute, the parties and the court agreed that the differences were not material. Each ROP statute prohibits the use of a person's name, likeness or identity, without consent, (1) "on or in" products, goods, merchandise, or services (the "misappropriation" prong) or (2) for purposes of advertising or selling, or soliciting purchases of, products, goods, merchandise, or services (the "endorsement" prong). (One exception: the statute in Puerto Rico does not include the "misappropriation" prohibition.)

The case turned on how to interpret the statutory phrase “uses ... on or in products.” In their complaint, Plaintiffs alleged that Hearst, without authorization, had “used” their names “on or in” subscription list “products,” which were then sold to third parties, including data brokers. This, the plaintiffs argued, was sufficient to plead violations of the "misappropriation" prong of the ROP statutes. At least at first blush, this seems plausible based on a plain reading of the statutory language.

The court, however, was not writing on a clean slate. Citing opinions from other circuits that had rejected the theory that the sale of mailing lists constituted right of publicity violations, see, e.g., Huston v. Hearst Communications, Inc., 53 F.4th 1097 (7th Cir. 2022) and Brooks v. Thomson Reuters Corp., No. 21-cv-01418-EMC, 2021 WL 3621837 (N.D. Cal. Aug. 16, 2021), Judge Abrams held that the right of publicity, as codified in these statutes, prohibits the use of a person's name or identity for purposes of promoting a product that is separate from the person’s name or identity. Hearst's sale of subscriber lists did "not implicate the right of publicity, because it is the plaintiffs’ identities themselves that are being sold," not a separate product (emphasis added). The court continued:

Plaintiffs argued that this interpretation ignored that the ROP statutes (with the exception of Puerto Rico's) contain two separate prongs, each providing an independent basis for imposing liability, i.e., (1) the “misappropriation” prong (which prohibits the use of a person’s identity “on or in" products) and (2) the “endorsement” prong (which bars the use of a person’s identity for purposes of advertising). As support, the plaintiffs cited Comedy III Productions, Inc. v. Saderup, Inc, 21 P.3d 797 (Cal. 2001), the California Supreme Court‘s seminal ROP case which involved the unauthorized sale of lithographs and t-shirts incorporating a drawing of the Three Stooges created by artist Gary Saderup. In that case, the court held that the “misappropriation” prong in California’s ROP statute was "not synonymous" with the "endorsement" prong, and found that Saderup’s use of the Stooges' likenesses "on or in" the tee shirts and prints was actionable under the "misappropriation" prong. The plaintiffs argued that Hearst's use of their names in subscription list products was akin to Saderup’s use of the Stooges' likenesses on the merchandise items.

According to Judge Abrams, the plaintiffs misread Comedy III. Judge Abrams acknowledged that the two “prongs” of the ROP statutes are distinct but concluded that "Comedy III supports the logical notion that, even for the so-called 'misappropriation' prong, the 'product' must be separate from, and promoted by, the person’s identity being used 'on or in' the product." When distinguishing between the two prongs, the Comedy III court explained that the "misappropriation" prong would be violated when a celebrity's name was included on a special edition of a vehicle (e.g., "the Kim Kardashian Special Edition Maybach" embossed on the grill of the car), and the "endorsement" prong would be violated by using a celebrity's name in a commercial to tout a vehicle (e.g., a print ad with the headline "Kim Kardashian loves her Maybach!"). These examples demonstrated, Judge Stein reasoned, that both prongs of California's statute require promotion of separate product, i.e., "the vehicle being sold - the first through merchandising or branding, and the second through external advertising." In Comedy III, the Stooges' likenesses were not the products; the prints and t-shirts bearing those likenesses were the products. By contrast, the "products" sold by Hearst were the plaintiff's identities themselves; there was simply no separate product, despite the plaintiffs' attempts to manufacture one.

"At bottom, Plaintiffs cannot identify any case, in any jurisdiction, that supports their interpretation of the right of publicity statutes as applied to the sale of subscriber lists. Nor do Plaintiffs offer any viable limiting principle for their reading of the statutes. Under Plaintiffs’ interpretation, the statutes would appear to prohibit the sale of many routine forms of personal information, including, as Hearst points out, telephone and professional directories. The Court declines to adopt such a far-reaching interpretation." (Citations omitted.) 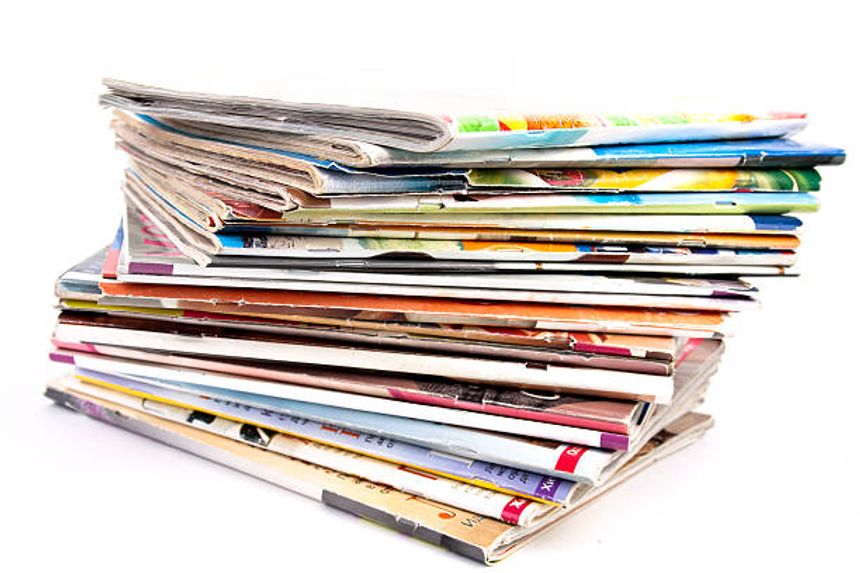 A Copyright Pleading Dilemma: How Do You Properly Allege Substantial Similarity When You Can’t Access the Defendant's Code?
Brian Murphy

Works Published in 1927 Enter the Public Domain in the U.S.
Brian Murphy