In 2019, the Federal Trade Commission sued Nudge LLC and some of its affiliated companies, alleging that they made false claims in connection with their advertising for real estate investment training programs.  The FTC alleged that, "The vast majority of consumers who purchase the Defendants’ products and services do not become successful real estate investors and do not make any money from Defendants’ system, or even recover the cost" of the training.

Recently, the FTC filed an amended complaint in the case, adding two celebrity endorsers as defendants.  The FTC alleged that Dean Graziosi, "a self-described New York Times best-selling author, entrepreneur, and investor," and Scott Yancey, the star of the reality television series “Flipping Vegas," were the primary celebrities that Nudge used to "draw consumers into attending training seminars that falsely promised to teach consumers a proven formula to make money by investing in real estate."

The FTC routinely brings false advertising cases against marketers, but rarely sues the celebrity endorsers that appeared in the advertising.  Why did the FTC choose to go after the celebrities in this case?  When announcing the lawsuit against the two celebrities, Andrew Smith, the Director of the FTC's Bureau of Consumer Protection, gave this as the reason:  "They were instrumental to the scheme and took a cut of the profits, and that’s why we’re seeking to add them to our case against the program’s operators.”

What specifically did the FTC allege that the celebrities did wrong?

What are some key takeaways from this case for celebrity endorsers and their representatives?  First, it's important to understand that it's not only the advertisers themselves that can be held liable for false advertising.  As the FTC said in its "Guides Concerning the Use of Endorsements and Testimonials in Advertising," the endorsers "also may be liable for statements made in the course of their endorsements."  Second, don't rely on the fact that the celebrity is just reading from a script prepared by the advertiser.  If the words coming out of the celebrity's mouth are represented to be the celebrity's own words -- and the celebrity knows or has reason to know that those words are false -- it's likely that the FTC will say that the celebrity is also responsible for the truth of what he or she is saying.  Third, where a celebrity plays a central role in the marketing of the product and participates in the development of the content of the advertising, it's more likely that the FTC will expect the celebrity to have done due diligence to ensure that the claims that he or she is making are true.  Fourth, where the celebrity isn't being paid a flat fee, but is instead getting compensated based on the success of the campaign, it's more likely to raise red flags with the FTC.

When a celebrity is deciding whether to participate in an advertising campaign, there's no substitute for doing due diligence on the marketer and taking some reasonable steps to ensure that the claims that the celebrity will be making are truthful and substantiated.  It's also important, throughout the life of the campaign, not to turn a blind eye to consumer complaints, negative press reports, and other information that suggests that there may be problems.

“They were instrumental to the scheme and took a cut of the profits, and that’s why we’re seeking to add them to our case against the program’s operators" -- Andrew Smith, Director, FTC Bureau of Consumer Protection 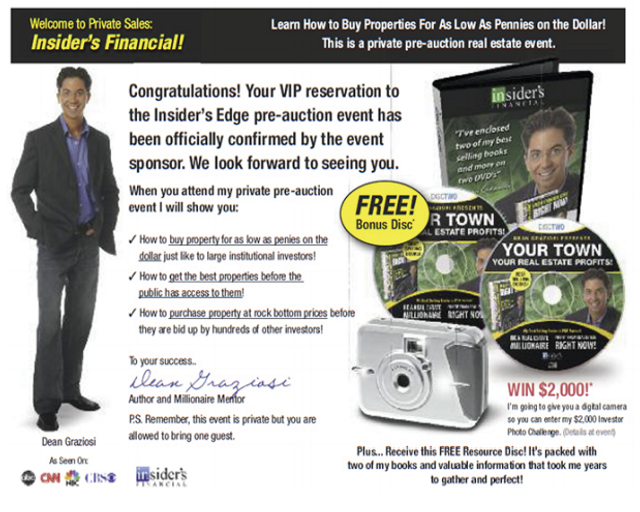 Should an Advertising Agency Display Client Work on its Website After the Relationship Ends?
Jeff Greenbaum