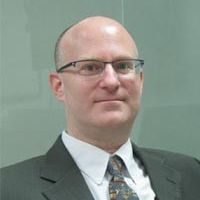 District Court Justice Hadas Ovadia, awarded plaintiffs a record sum of 16.5 Million US$. The Defendant, a company which marketed Tibetan Tea, claimed, within its advertisements that the tea was the most sold dietary product in Israel.

The defendant further claimed that the Tibetan Tea “increases metabolism, cleanses the body, turns fat into energy, soothes the nerves and releases fluids”. Additionally, the Defendant claimed that its products were certified by the Israel Health Ministry.  None of the above claims were proven and thus held, in breach of the Consumer Protection Law, which prohibits misleading consumers.

To make matters worse, the Defendant further mislead consumers  by claiming its product was Kosher.  Misleading consumers in Israel on Kashrut matters, is not recommended, to say the least.

Though the sum awarded by the court to the plaintiffs is unusually high, it is not unusual for the courts to hold against companies that mislead consumers in breach of the Consumer Protection Law.

The Coronavirus and Privacy Rights in Israel
David Wolberg