Like the proverbial London buses arriving at once, two sets of guidelines on influencer marketing have been published in the past week.  My colleague Brinsley Dresden has written about the Incorporated Society of British Advertisers' new Influencer Marketing Code of Conduct. In addition, the International Alliance for Responsible Drinking (IARD) has published specific guidance for influencers about marketing alcohol. The IARD is a not-for-profit organisation formed from the twelve leading beer, wine and spirits companies in order to work together to actively support the target in the World Health Organisation's Noncommunicable Diseases Global Monitoring Framework of “at least 10% relative reduction in the harmful use of alcohol” by 2025.

The IARD's new guidelines aim to establish common standards to prevent influencer marketing from reaching minors. They also aim to reduce harmful drinking among adults. In summary, producers and advertisers commit to conducting diligence on influencers used, using age-verification technology if possible, and to promote better understanding of responsible alcohol consumption.  The guidelines include:

- A set of five specific safeguards under three headings of 'selection', 'engagement' and 'monitoring';

- Tools and videos to support alcohol brands and influencers to follow robust responsible marketing practices when creating content; and

The five safeguards apply to paid, incentivised, and unpaid influencer content where there is a contractual or other material relationship in place between the producer and the influencer (for more detail on what might be considered a 'material relationship', see earlier posts on our blog on this topic), comprising:

2. Influencers used in the digital marketing and advertising of alcohol should be vetted and, to the best of the producer’s knowledge, should have no reputational association with harmful use of alcohol, and should not feature posts that would not comply with the rules around irresponsible drinking behaviours in the IARD’s alcohol marketing codes.

3. For paid content, all influencers should have a written agreement with the beer, wine, and spirits brand or its agency, signed by both parties. This should include information linking to legal requirements relevant to national or regional context, or both. They should also include disclosure guidelines – asking influencers to clearly and conspicuously disclose their link to the brand so that it is clearly presented as marketing content (using #ad or the paid-partnership tool in Instagram).  A third point is responsibility guidelines – asking the influencer to comply with the company’s responsible marketing code including ensuring that content does not condone or encourage illegal behaviour or excessive consumption. Best-practice tools should be required for influencers when engaging on social media platforms, for example, information on branded content pages and details on how to age restrict their posts. Finally, the agreements need to cover feedback mechanisms so that influencers can flag any engagement or issues regarding responsible drinking with an agency or brand.

4. For content featuring “gifted” products, influencers should be provided with clear terms of engagement that include disclosure guidelines and a requirement to follow the company’s responsible marketing code.

By way of an illustration of the kind of 'mischief' that the IARD guidelines aim to tackle, the featured photo is an example of an advert by Au Vodka that was banned by the UK's Advertising Standards Authority in a decision published on 30 June 2021 for encouraging excessive drinking, for linking the consumption of alcohol with driving, and for featuring a rapper who was (at the time) under 25 years of age.

What remains to be seen is whether the publication of new best practices guidelines will actually translate into better behaviours by brands and influencers in practice, or whether it is going to require the enforcement of the criminal law by the statutory regulatory for compliance to be improved, particularly by those advertisers, influencers and agencies who don't sign up to become members of bodies like ISBA and the IARD. The good actors must not be put at a competitive disadvantage to the bad actors.

These standards directly address some of the biggest concerns facing the marketing community right now. By offering more transparency and giving those at the heart of content creation the correct tools to safeguard their content, we are able to expand on the significant progress and marketing codes of practice already in place to help ensure that these posts do not reach minors or encourage any kind of irresponsible consumption 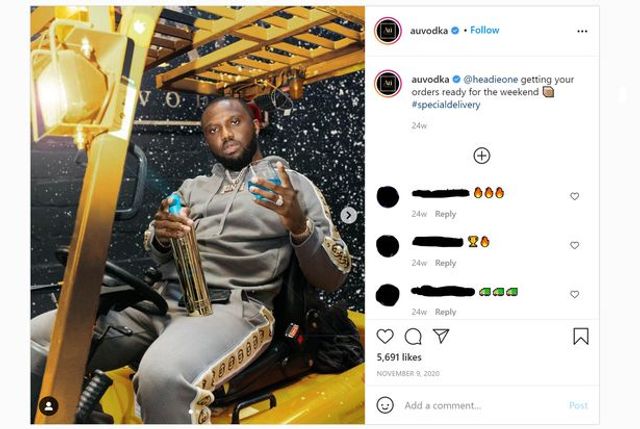 Groupon gets a telling-off from the CMA
Oz Watson

"Real fruit??" it MUST be healthy
Oz Watson

Roll up, roll up. Win a prize, any prize!
Oz Watson

Adding a bit of royal glamour to your advertising
Oz Watson