This week, the National Advertising Division, which is the primary advertising self-regulatory organization in the United States, updated its procedures to expressly prohibit national advertising that is "misleading or inaccurate due to its portrayal or encouragement of negative harmful stereotyping, prejudice, or discrimination."

In the announcement of the change, Laura Brett, who leads the NAD, said, "there is a growing recognition that adverse stereotypes used in advertising can be harmful and misleading, can contribute to bias, and can create harmful effects on the stigmatized populations who feel devalued."

In mid-2020, the International Council for Advertising Self-Regulation released a report on whether advertising self-regulatory standards around the world address non-discrimination.  The report, which was based on a survey that was conducted of ICAS members at the end of 2019, found that all of the countries that participated in the survey -- except for the United States -- include the principle of non-discrimination. With the change announced this week, NAD joins countries from around the world -- such as Australia, Brazil, Canada, India, the United Kingdom, and South Africa -- in addressing discrimination-related issues as part of its advertising self-regulation system.

Unlike many other jurisdictions, which have code-based advertising self-regulation systems that prohibit a wide variety of specific advertising practices, the NAD's mandate is simply to review "the truth or accuracy of national advertising."  In keeping with that approach, the NAD did not add a new rule that prohibits discriminatory content in advertising.  Rather, it simply updated its procedures to clarify that an advertisement may be held to be misleading or inaccurate due to "its encouragement of harmful social stereotyping, prejudice, or discrimination."  NAD made the change after engaging in a thoughtful review process, where it held discussions about the issue and sought industry feedback.

Now that NAD's procedures have been updated, advertisers may bring challenges based on discrimination-related issues, and NAD may bring monitoring cases as well.  And, as my partner Terri Seligman blogged about, at the NAD conference, Brett said that NAD is limiting its analysis, however, to "harmful" stereotyping, and only plans to review these issues in the context of advertising itself (as opposed to products).

NAD's sister organization, the Children's Advertising Review Unit, has long addressed stereotyping in advertising.  But, earlier this year, CARU, too, updated its procedures (which are code-based) to specifically prohibit advertising that portrays or encourages "negative social stereotyping, prejudice, or discrimination."  CARU has already begun bringing enforcement actions under these provisions, such as its case over the summer involving Moose Toys.

"there is a growing recognition that adverse stereotypes used in advertising can be harmful and misleading, can contribute to bias, and can create harmful effects on the stigmatized populations who feel devalued" -- Laura Brett, Vice President, National Advertising Division 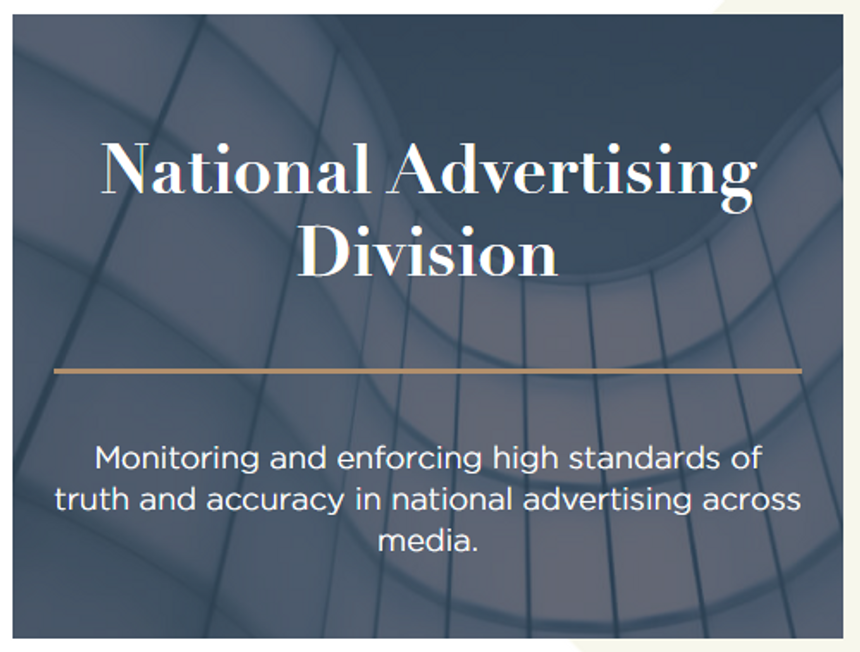